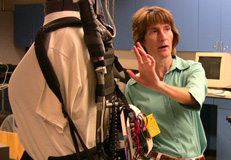 Students and teachers work together on team projects to apply what they learned in lectures. With the guidance of an SI staff member, they work in small groups to solve real-world, research level science and engineering problems in fields such as chemistry, structural engineering, and atomic physics. On the final day of SI, students formally presented their findings. 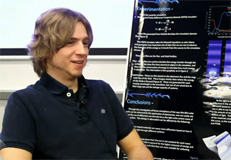 Stark State College offers a two-year associate in applied science degree of emergency fire services. Really cool stuff with practical, hands-on training from the men that do this for a living. 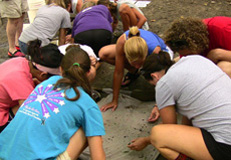 Young Women's Summer Institute (YWSI) is a week-long program sponsored by Ohio Supercomputer Center for middle-school girls in Ohio. It is designed to promote computer, math, science and engineering skills as well as provide hands-on experiences. YWSI helps girls develop an interest in these subjects by allowing them to work on a practical, interesting scientific problem using the latest computer technology.

The Edison Welding Institute, in partnership with OSC, provides member institutions with access to an online weld simulation tool. This on-demand product allows welding engineers to evaluate the changes in temperature profiles, material microstructures, residual stresses, and welding distortion to reduce the extent of experimental trials during the design of welded joints. By using EWI WeldPredictor, engineers can explore a wide range of “what if” combinations and simulations, which results in a decrease in prototype costs and quicker production. 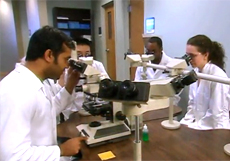 Inside The Research Institute at Nationwide Children's Hospital

The Research Institute at Nationwide Children's Hospital is one of the fastest growing pediatric research centers in the United States. Located on the campus of Nationwide Children's Hospital in downtown Columbus, Ohio, The Research Institute pioneers innovative solutions for improving child health and is ranked among the top 10 in national research funding. 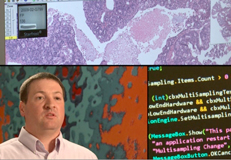 The Research Informatics Core at Nationwide Children's Hospital wanted to increase the speed at which it could digitize pathology slides and support researchers through faster computation of data. The organization worked with the Ohio Supercomputer Center (OSC) to deploy the Windows HPC Server 2008 operating system to support its efforts. The hospital has experienced improved performance and enhanced researcher productivity with the new system. 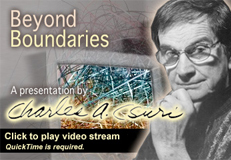