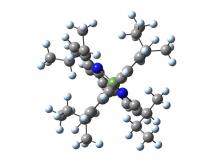 “When two genes interact to cause a clinically important phenotype, we can leverage genotypic information at one of the loci in order to improve our ability to detect the other,” said Veronica Vieland, Ph.D., vice president for computational research and director, Battelle Center for Mathematical Medicine.

Researchers at The Ohio State University’s Center for Clinical and Translational Science (CCTS) are using sophisticated scanners and powerful supercomputers to study how vitamin E can be used to reduce the extent of brain injury suffered by stroke patients. 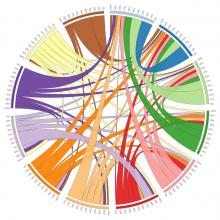 Human sight depends on an organized choreography of the retina with its cone and rods cells, the optic nerve, the brain’s visual cortex and light – be it a sunny day or a dark, star-studded night.

A Cleveland Clinic research team is developing virtual models of human knee joints to better understand how tissues and their individual cells react to heavy loads – virtual models that someday can be used tounderstand damage caused by the aging process or by debilitating diseases, such as osteoarthritis.

The emerging field of soft robotics requires mechanical components that grasp objects with the same delicacy as human hands. At present, most soft robots are powered by hard, sometimes bulky, actuators such as a servo motor, air compressor or hydraulic pump. However a new class of polymers, called “liquid crystal elastomers,” may eventually find use as soft artificial muscles. 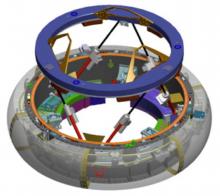 A University of Akron researcher is designing computer prediction models to test potential new docking seals that will better preserve breathable cabin air for astronauts living aboard the International Space Station and other NASA spacecraft.

A University of Akron researcher is designing computer prediction models to test potential new docking seals that will better preserve breathable cabin air for astronauts living aboard the International Space Station and other NASA spacecraft.

Many biological molecules and common surfaces carry an electrical charge. For example, DNA has a strong negative charge, and so does an amorphous form of silicon dioxide known as silica, the material most people recognize as “glass.” A charged molecule or surface, along with the electrically compensating layer of ions in the adjacent solution, is known as the electrical double layer (EDL). 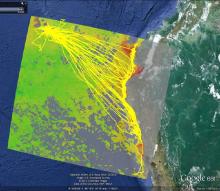 Animals are in constant movement across the surface of the earth, and climate affects their movements, especially for migrating and flying animals. Understanding animal movement is pivotal to predicting and ensuring the survival of populations in the face of rapid global changes to climate, land-use and habitats. 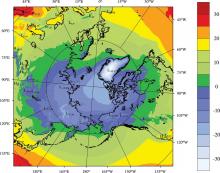 The Arctic is in the midst of rapidly escalating change with pronounced increases in surface air temperature over subarctic land areas, as well as over the Arctic Ocean.

The roar of jet engines is the major source of noise created by commercial and military aircraft, which are bound by numerous stringent noise regulations. A research team led by Ephraim Gutmark, Ph.D., D.Sc., at the University of Cincinnati, is leveraging both experimental and computational tools to optimize existing aircraft noise suppression techniques and to develop new ones.

For generations, farmers have applied biosolids to their fields to improve soil fertility, leading scientists to examine its effects on human health. A University of Toledo research team led by Ashok Kumar, Ph.D., has leveraged resources at the Ohio Supercomputer Center to study air quality issues such as these in outdoor and indoor environments. 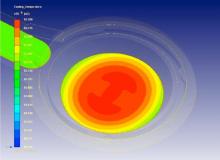 Optical functions are being incorporated into a rapidly increasing number of applications in a wide range of commercial, research and consumer markets.

The Xeon Phi co-processor is based upon a new technology developed by Intel Corporation to provide greater compute performance through massive parallelism and designed to fit many high-performance computing applications. 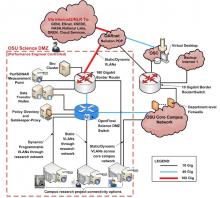 Since its inception, the Internet has sped the pace of scientific discovery, but the necessary firewalls that protect institutions from malicious online activity often hinder data sharing among research partners. 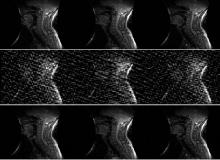 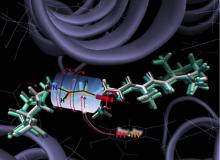 left: In a simulation created at the Ohio Supercomputer Center by Bowling Green's Massimo Olivucci, a short fragment of the long retinal chromophore backbone of Anabaena Sensory Rhodopsin undergoes a complete clockwise rotation powered by the energy carried by two photons. 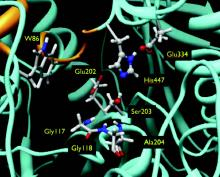 Scientists at The Ohio State University (OSU) are working to develop a drug that will regenerate a critical enzyme that “ages” after a person is exposed to deadly chemical warfare agents. 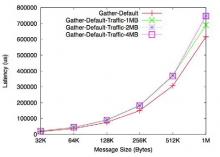 Scientific computing is credited for many of the technological breakthroughs of our generation and is used in many fields, ranging from drug discovery and aerospace to weather prediction and seismic analysis. Scientific computation often deals with very large amounts of data, and its algorithms need to compute results from mathematical models. 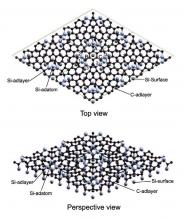 The understanding of surface reconstructions has become essential as scientists seek to develop materials with tailored properties. For instance, researchers over the past few years have been searching for a process to mass-produce circuits using a material called graphene – a one-atom-thick layer of graphite – which displays unique electronic properties.