A forest in South Carolina, a supercomputer in Ohio and some glow-in-the-dark yarn have helped a team of field ecologists conclude that woodland corridors connecting patches of endangered plants not only increase dispersal of seeds from one patch to another, but also create wind conditions that can spread the seeds for much longer distances.

The idea for the study emerged from modern animal conservation practices, where landscape connectivity – the degree to which landscapes facilitate movement – is being used to counteract the impacts of habitat loss and fragmentation on animal movement. 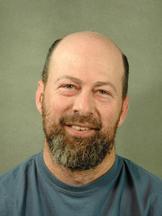 Gil Bohrer, Ph.D., an assistant professor in the Civil, Environmental & Geodetic Engineering department at The Ohio State University, and colleagues led by Ellen Damschen, Ph.D., an assistant professor of Zoology at the University of Wisconsin, wondered if similar interventions might aid plants that rely upon wind currents. The study, “How fragmentation and corridors affect wind dynamics and seed dispersal in open habitats,” was published in the March 4 issue of Proceedings of the National Academy of Sciences of the United States of America and referenced in the February 27 issue of Nature.

The field experiment involved connecting open patches of land by cutting gaps and corridors out of a longleaf pine plantation around the Savannah-River National Laboratory near Jackson, S.C. A network of sensors was erected to provide observations on wind speed, turbulence, temperature and humidity at roughly 20 points throughout the experimental landscape. Seed traps sampled seed arrival at many points in and around the gaps and hundreds of artificial seeds made of black-light fluorescent yarn were released and recovered in several controlled experiments.

These very large experimental efforts provided a novel dataset of observations of seed movement and wind in patch-corridors landscapes. However, the researchers understood that reality is always much more detailed than can be observed. Therefore, to comprehend the fine details of the relationships between the forest gap structures and the wind, the scientists leveraged the physical model to generate a virtual and complete environment, where every detail of the wind and seeds movement and the forest structure are known.

Bohrer ran the dataset through a high-resolution atmospheric model that he had developed on OSC’s IBM Opteron 1350 Glenn Cluster. The Glenn Cluster provides users with a total peak performance of 54 teraflops (tech-speak for making 54 trillion calculations per second), and the center’s Mass Storage System provides more than 2 petabytes of storage.

“The massive simulations used the Ohio Supercomputer Center to provide a detailed understanding of how corridors change the movement of the wind, and seeds that disperse with it, through a forest,” Bohrer said.

The model resolves the wind flow and includes the effects of canopy leaves and tree stems on the wind. The simulations include a virtual domain of roughly 6.5 million pixels, each representing a volume of air (or air mixed with forest leaves) of about 10 cubic meters. It also represented millions of dispersing virtual seeds. The model calculated the movement of the air and virtual seeds 20 times per second, over four hours.

“We found that corridors could affect the wind direction and align the wind flow with the corridor, that they accelerate the wind and provide preferable conditions for ejection above the canopy, where long distance dispersal could occur,” said Bohrer.

Funding for the project was provided by the National Science Foundation, the Center for Programs and the International Center for Advanced Renewable Energy and Sustainability at Washington University, the USDA Forest Service-Savannah River under interagency agreement with the Department of Energy, and the USDA National Institute for Food and Agriculture Air Quality.

The Ohio State University's Department of Civil, Environmental and Geodetic Engineering is dedicated to giving graduates a thorough understanding of the fundamentals of engineering through the development of student innovation, management and research abilities. For more, visit ceg.osu.edu.