The name Ascend evokes the state of Ohio's long history of advancements in the aviation and aeronautics fields. Known as the "Birthplace of Aviation" for its flight innovators the Wright Brothers, Ohio also lays claim to the first night and commercial cargo flights, the first female pilot to circumnavigate the globe, and the Wright-Patterson Air Force Base and the National Air Force Museum. Ohio has produced more astronauts than any other state in the nation and is home to the NASA Glenn Research Center. Even the most iconic fictional person to take to the skies, Superman, was created in Cleveland.  In the spirit of that legacy, Ascend will be OSC’s first computing cluster devoted entirely to intensive GPU processing, helping Ohio academia and industry elevate their research endeavors. 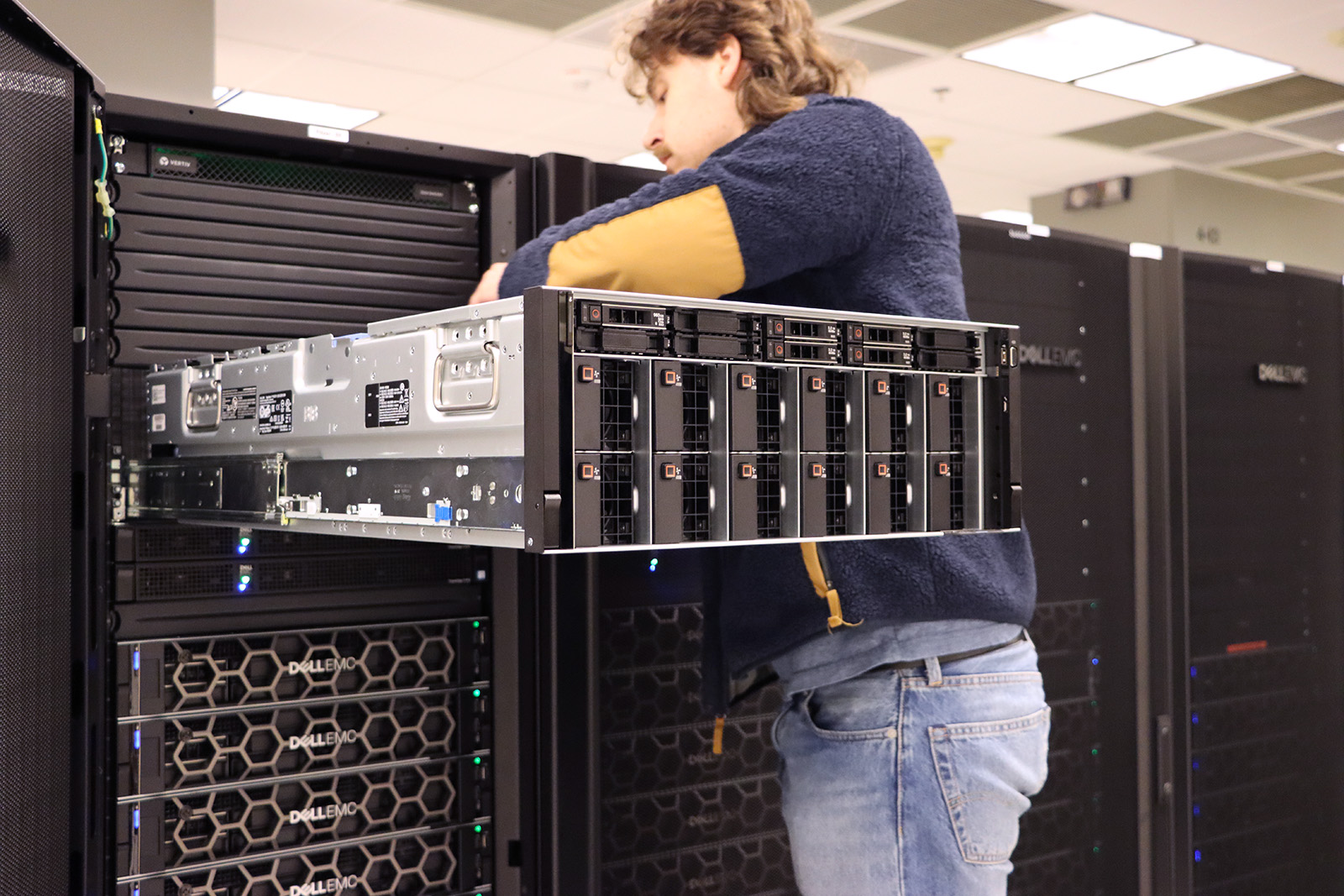 Staff member Frantisek Bartik works on the test node of Ascend, installed inside an open slot in the Pitzer cluster.

"Over the last few years, OSC has experienced a growing demand for its GPU resources," said Doug Johnson, associate director of OSC. "By establishing a cluster focused on analysis of very large datasets quickly, support for classes of AI/ML applications that can’t run on our current systems, and simulations that require the fastest GPUs, OSC will better meet the needs of these clients while ensuring the prompt processing of requests for our existing clusters, Owens and Pitzer."

Ascend will help meet the needs of an increasing number of clients involved in research and technology innovations in the AI and machine learning fields. OSC currently is involved in two National Science Foundation-funded projects designed to advance AI work. One is the AI Institute for Intelligent Cyberinfrastructure with Computational Learning in the Environment (ICICLE), led by The Ohio State University, which will build the next generation of cyberinfrastructure with a focus on making AI more accessible to everyone.

OSC also is offering the “AI Bootcamp for Cyberinfrastructure (CI) Professionals” this year to build expertise in AI and supportive technologies among staff at research computing facilities like OSC nationally.

“Ascend will provide a state-of-the art resource for the ICICLE research team to explore and develop new AI technologies while also giving our staff an opportunity to increase their understanding of the AI workload and best practices for support of this growing area,” said Karen Tomko, OSC director of research software applications. 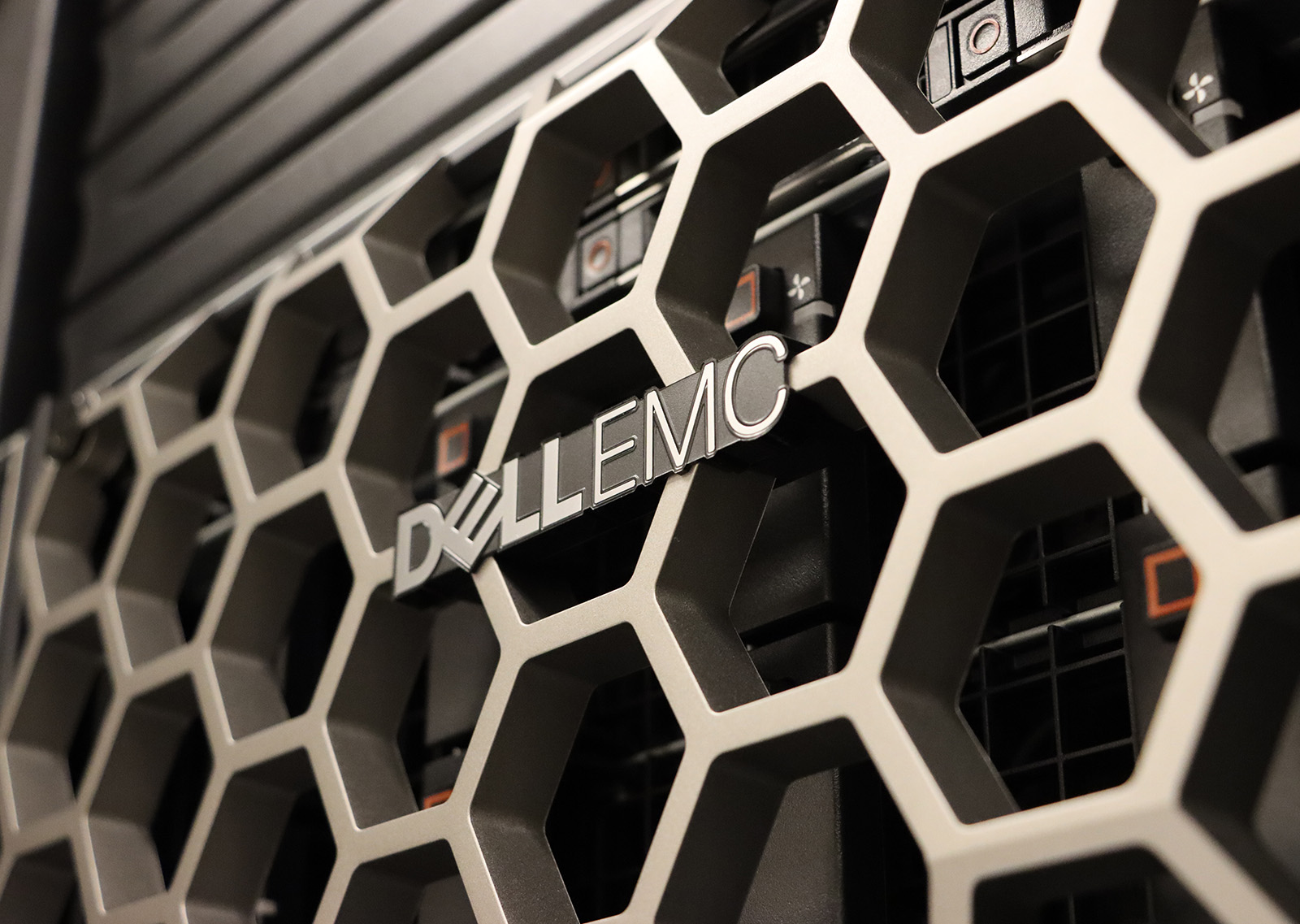 The faceplate of the Ascend test node.

Ascend reflects the state of Ohio's ongoing commitment, supported by the Ohio Department of Higher Education and Chancellor Randy Gardner, to ensuring that Ohio academic and industry researchers can access the most cutting-edge technologies in supercomputing.

The project is a collaboration between OSC and several information technology vendors. Dell Technologies is designing and constructing the new system while AMD is providing CPUs and NVIDIA is supplying GPUs and InfiniBand networking. 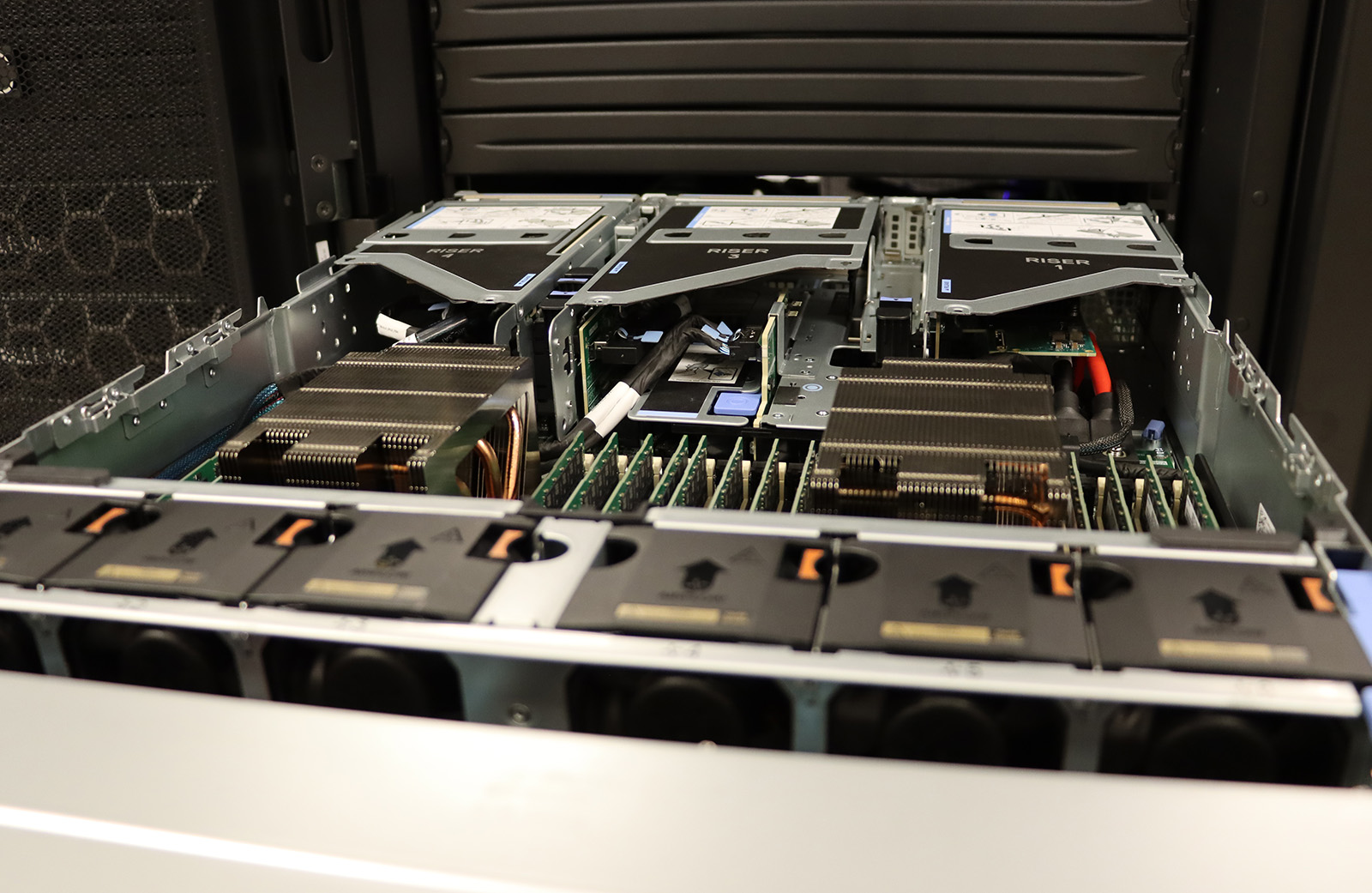 “The exascale AI era will allow researchers to make discoveries that were considered unattainable for decades,” said Ian Buck, vice president of Hyperscale and HPC at NVIDIA. “NVIDIA’s accelerated computing platform equips pioneers like the researchers at OSC with the breakthrough performance of next-generation supercomputers such as Ascend to push the boundaries of scientific exploration.”

“With four A100 80GB NVLink GPUs per node, Ascend will offer a unique, leading-edge resource for our clients,” Johnson said.

OSC's client services team will evaluate client requests to run projects on Ascend, which will be accessible through OSC's OnDemand web portal. OSC plans to announce a more detailed timeline for the Ascend launch and availability this summer.

About OSC: The Ohio Supercomputer Center (OSC) addresses the rising computational demands of academic and industrial research communities by providing a robust shared infrastructure and proven expertise in advanced modeling, simulation and analysis. OSC empowers scientists with the services essential to making extraordinary discoveries and innovations, partners with businesses and industry to leverage computational science as a competitive force in the global knowledge economy and leads efforts to equip the workforce with the key technology skills required for 21st century jobs.