A researcher at the University of Cincinnati is leveraging the compute and storage resources of the Ohio Supercomputer Center (OSC) to simulate the behavior of elusive cosmic particles in an experiment that may provide answers to the most fundamental questions in our understanding of the evolution of the universe. 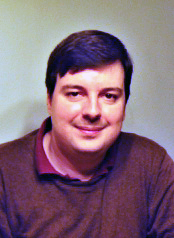 Alexandre Sousa, Ph.D., an assistant professor of Physics at the University of Cincinnati, is one of 180 scientists and engineers from 28 institutions participating in the Department of Energy’s Neutrinos at the Main Injector (NuMI) Off-Axis νe Appearance, or NOνA, experiment. The research team will study the behavior and nature of neutrinos and the particles’ role in the balance between matter and antimatter. Sousa is serving as the coordinator in charge of development and validation of neutrino interaction simulations in NOνA detectors and is working with OSC staff members to configure OSC to serve as one of the experiment’s primary locations for developing and generating simulations.

Each second, a trillion neutrinos from the sun and other celestial objects pass through the average human body. While neutrinos are a billion times more abundant than the particles that make up stars, planets and people, they so rarely interact with other particles that they are very difficult to detect. 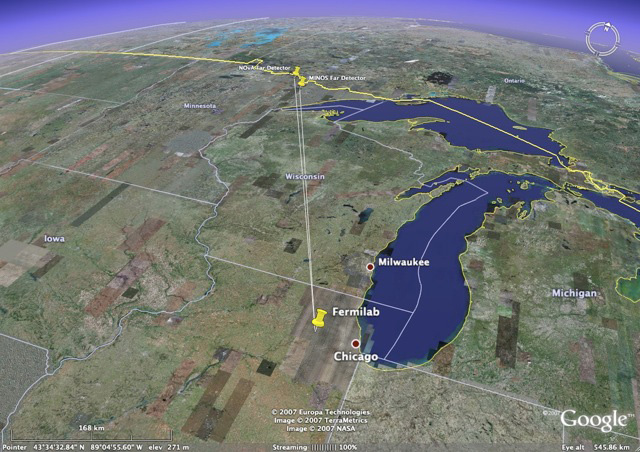 he NOνA experiment, researchers will use particle accelerators to send intense beams of neutrinos straight through the earth between massive particle detectors at Fermilab in Batavia, Ill., and even larger ones 500 miles away at facilities in Ash River, Minn. For six years, the detectors will capture and record the interactions of the neutrinos, creating massive amounts of data that researchers will use to study neutrino properties, especially the transition of one type of neutrino into another. Even with the large detectors, neutrinos are difficult to detect, and researchers will turn to simulations built upon actual results to estimate outcomes for larger numbers of neutrinos.

“The generation of NOνA simulated data involves several steps and multiple software packages,” explained Sousa. “First, we will simulate the neutrino beam as it travels along its path and through the detectors. Second, we will simulate the neutrino interactions for each parent neutrino and its daughter particles. And, third, we will convert the detector energy depositions into digital signals analogous to the ones that will be produced during real data taking.”

Adam Aurisano, Ph.D., a University of Cincinnati researcher supported by Sousa’s research grant, is stationed at Fermilab and is developing the code to address the conversion process.

To minimize the transmission of the enormous amounts of code between Fermilab and off-site facilities, the NOνA collaboration has adopted Open Science Grid (OSG) software to manage their distributed computational and storage needs. OSG will centrally maintain the latest NOνA software release at Fermilab and download it to off-site facilities, such as OSC, for local staging of jobs.

Shaun Brady, a systems administrator at OSC, has been working to configure the Center’s Oakley Cluster to support OSG. This will allow OSC to support other communities that use the OSG software such as those in high-energy physics, nanoscience, and structural biology.