Engineers from the Ohio Supercomputer Center (OSC) have developed an innovative access mechanism that is helping researchers to bridge the chasm between the convenience of a web interface and the complexity of high performance computing systems.

The OSC engineers are in San Diego this week to explain to attendees of an international conference on high performance computing (HPC) how the January launch of OSC OnDemand has provided researchers with a “one-stop shop” for accessing computing resources, submitting and monitoring jobs, managing files, opening terminal sessions and even getting access to a desktop.

The engineers are attending the annual conference of the Extreme Science and Engineering Discovery Environment (XSEDE), a National Science Foundation project that brings together supercomputers, data collections and computational tools and services to support science and engineering research and education. Its annual conference focuses on science, education, outreach, software and technology used by researchers, technology experts, educators and students worldwide.

According to the OSC engineers, the web has become the dominant access mechanism for remote computing services in every area except HPC. Web applications in HPC primarily exist in the form of science gateways; yet, the majority of work is still performed via access provided through text-based platforms, such as SSH, and, occasionally, through a graphical desktop sharing system, such as VNC. This separation between web and system functionality, they say, limits the impact of HPC.

“Web applications have not truly proliferated as HPC gateways due to the development and administrative overhead required for each individual gateway,” said David Hudak, Ph.D., program director for Cyberinfrastructure and Software Development at OSC. “Meanwhile, traditional SSH interfaces represent a barrier-to-entry for new users, who must locate acceptable client software and learn command-line interfaces for file editing and job control.”

Hudak is confident that user adoption of the new web interface is progressing according to plan. He 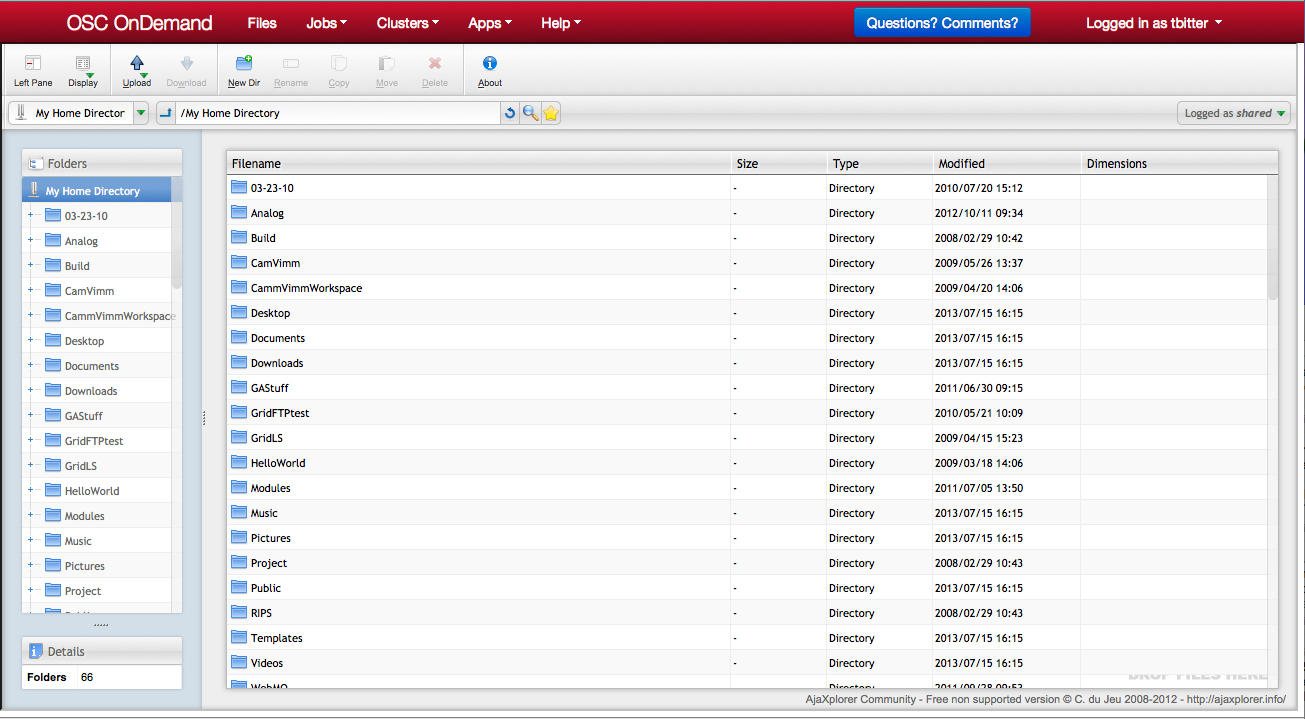 shares user data that indicates an introduction high of 73 users were running more than 1,000 jobs in January, following the soft launch of OSC OnDemand 2.0 and training classes early in the month. The usage steadily climbed over the spring months to 92 users running more than 2,700 jobs in May. The upward trend is expected to continue in the fall once academic researchers have returned from summer vacations and sabbaticals.

“We created OSC OnDemand to be a unified web platform where users could access science gateway-style web applications, VNC applications, HPC center filesystems and login node terminals,” said Thomas Bitterman, a senior software engineer at OSC. “With OSC OnDemand 2.0, the user has to know only three things: the UR 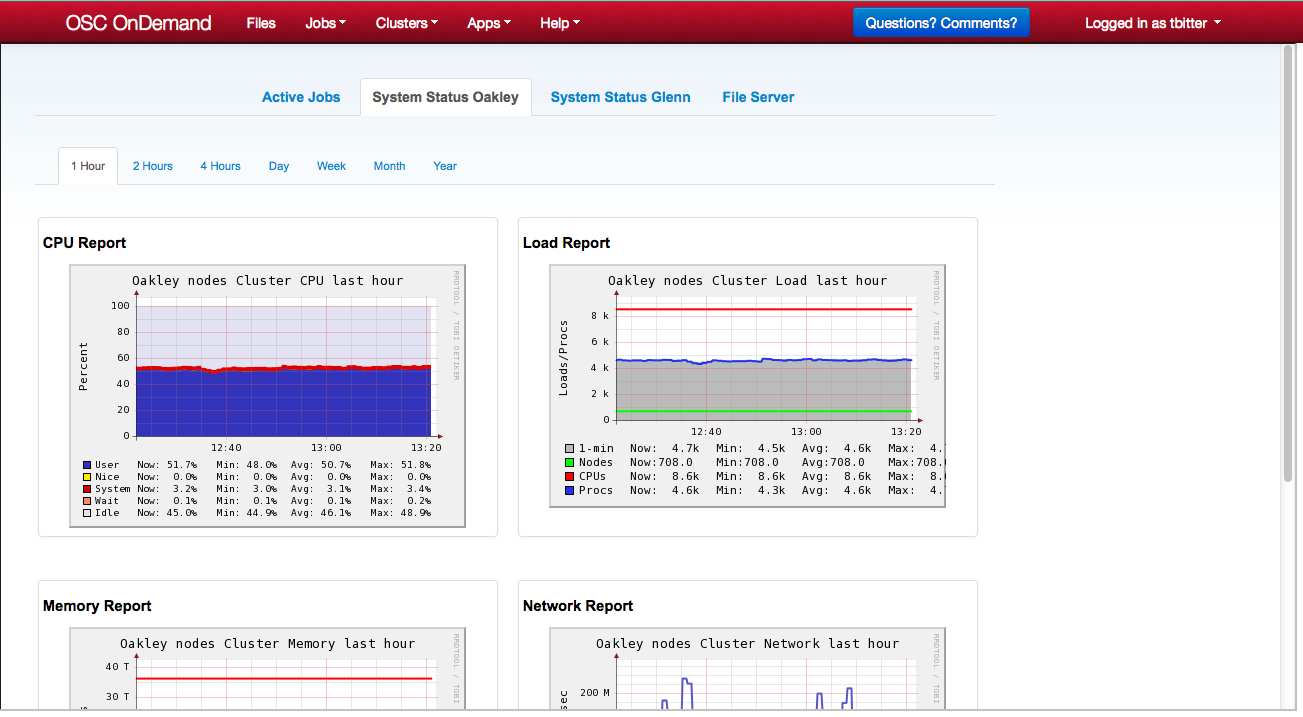 L (ondemand.osc.edu), their username and their password. Once logged into OnDemand, the user is presented with a dashboard showing a set of applications for filesystem access, job construction and monitoring, login node terminal access, visualization node access via VNC and science gateways.”

OSC OnDemand differs in approach from most current science gateways. Predominantly, existing gateways use a web interface to implement a workflow that hides HPC usage. OnDemand is a web platform that enables direct access to HPC resources, in addition to traditional gateway-style applications. If proven popular, the software components for OnDemand could be made into open source products available to the entire HPC community. 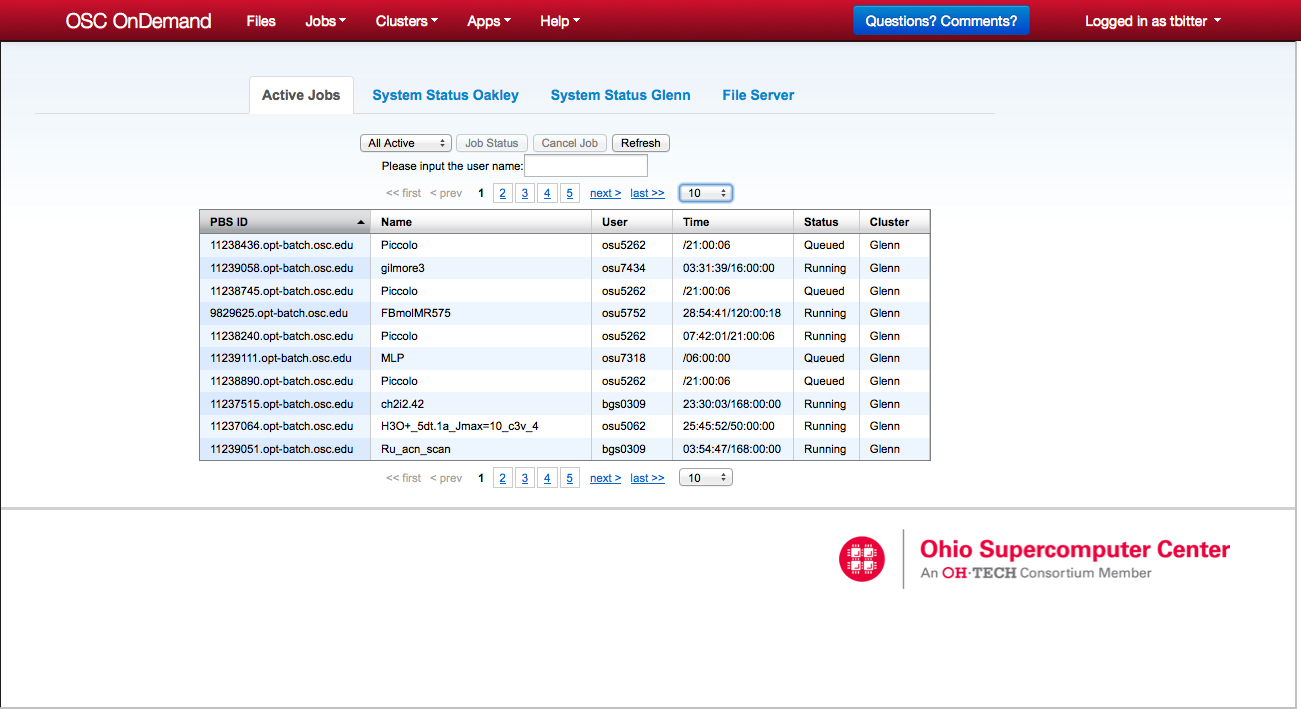 The OSC team began designing web applications in 2008, including examples in remote instrumentation and data-intensive biomedical science. As part of OSC’s industrial engagement program, engineers there built multiple web applications for simulating various physical phenomena, such as welding properties and airflow through an industrial manifold. In June, the State of Ohio and industry partners invested $6.5 million in a new OSC initiative, Intelligent Simulation, to develop and market web-based manufacturing applications through an e-commerce marketplace.