A recent study into the biomechanics of the necks of ants – a common insect that can amazingly lift objects many times heavier than its own body – might unlock one of nature’s little mysteries and, quite possibly, open the door to advancements in robotic engineering.

conducted at the Ohio Supercomputer Center to determine the relationship between the mechanical function, structural design and material properties of the Allegheny mound ant (Formica exsectoides). Their results were recently published in an article, “The exoskeletal structure and tensile loading behavior of an ant neck joint,” in the Journal of Biomechanics. 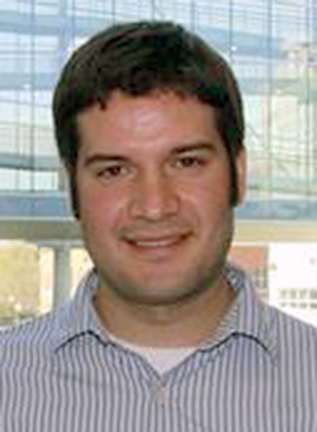 The study focused on the ant’s neck – the single joint of soft tissue that bridges the stiff exoskeleton of the ant’s head and thorax. When an ant carries food or any other object, the neck joint supports the full weight of the load.

“Loads are lifted with the mouthparts, transferred through the neck joint to the thorax, and distributed over six legs and tarsi that anchor to the supporting surface,” explained Carlos Castro, assistant professor of mechanical and aerospace engineering at Ohio State. “While previous research has explored attachment mechanisms of the tarsi (feet), little is known about the relation between the mechanical function and the structural design and material properties of the ant.”

To better understand the strengths and upper limits of the ant’s neck, the researchers reverse-engineered the biomechanics by developing 3-D models of the of the ant’s internal and external anatomy. The models were created by 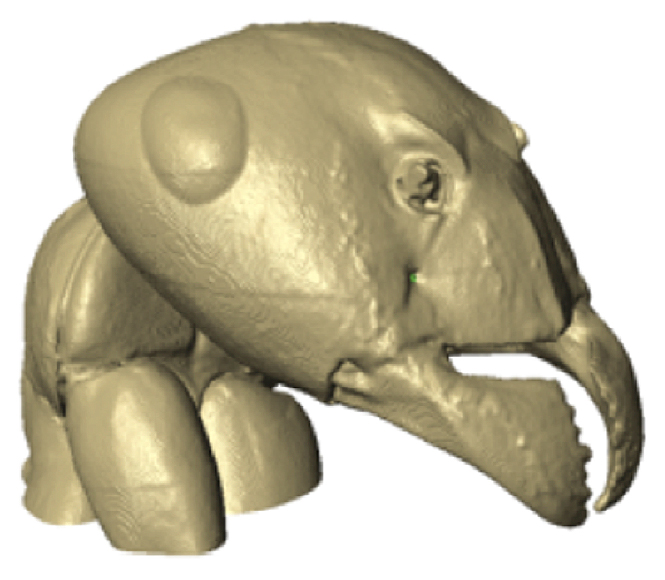 importing X-ray cross-section images (microCT) of ant specimens into a modeling program (ScanIPþFE) that assembled the segments and converted them into a mesh frame model of more than 6.5 million elements.

The model then was loaded into a finite element analysis program (Abaqus), an application that creates accurate simulations of complex geometries and forces, and the data was processed on the powerful Oakley Cluster, an array of 8,300 processor cores (Intel Xeon) at the Ohio Supercomputer Center.

The simulations were run in conjunction with lab experiments that used a centrifuge to measure changes in the ants’ anatomies under a range of calculated loads. The experiments revealed that the neck joints could withstand loads of about 5,000 times the ant’s body weight, and that the 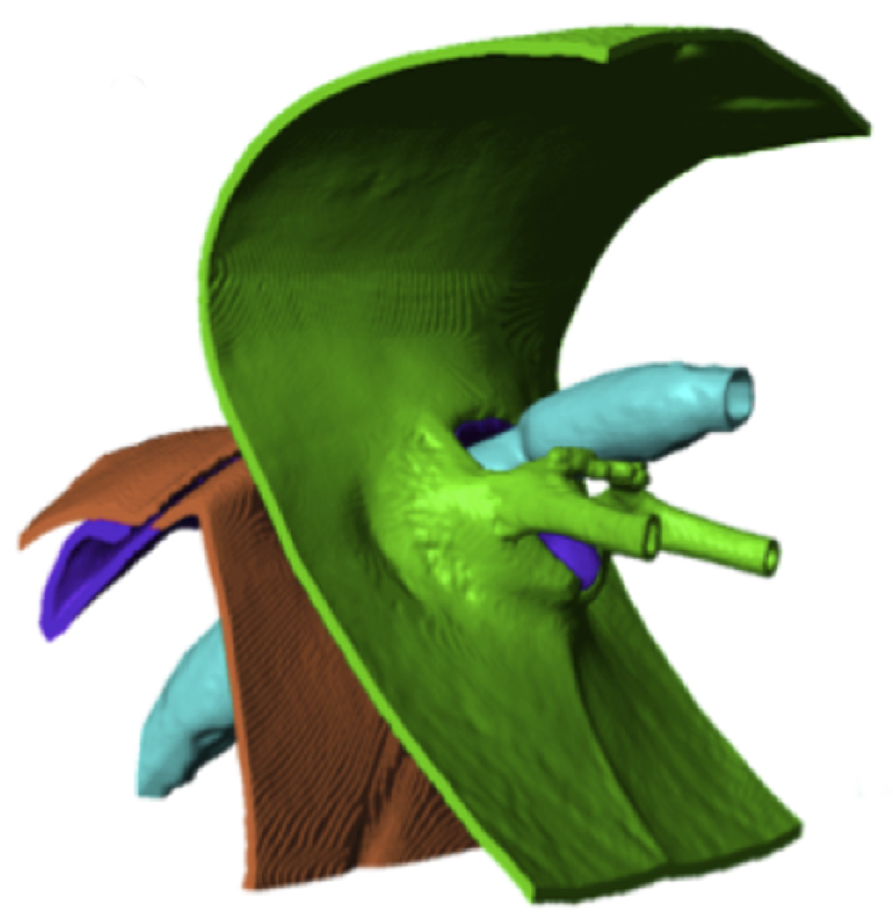 ant’s neck-joint structure produced the highest strength when its head was aligned straight, as opposed to turned to either side.

“Our results accurately pinpoint the stress concentration that leads to neck failure and identify the soft-to-hard material interface at the neck-to-head transition as the location of failure,” said Castro. “The design and structure of this interface is critical for the performance of the neck joint. The unique interface between hard and soft materials likely strengthens the adhesion and may be a key structural design feature that enables the large load capacity of the neck joint.”

The simulations confirmed the joint’s directional strength and, consistent with the experimental results, indicated that the critical point for failure of the neck joint is at the neck-to-head transition, where soft membrane meets the hard exoskeleton.

“The neck joint [of the ant] is a complex and highly integrated mechanical system. Efforts to understand the structure-function relationship in this 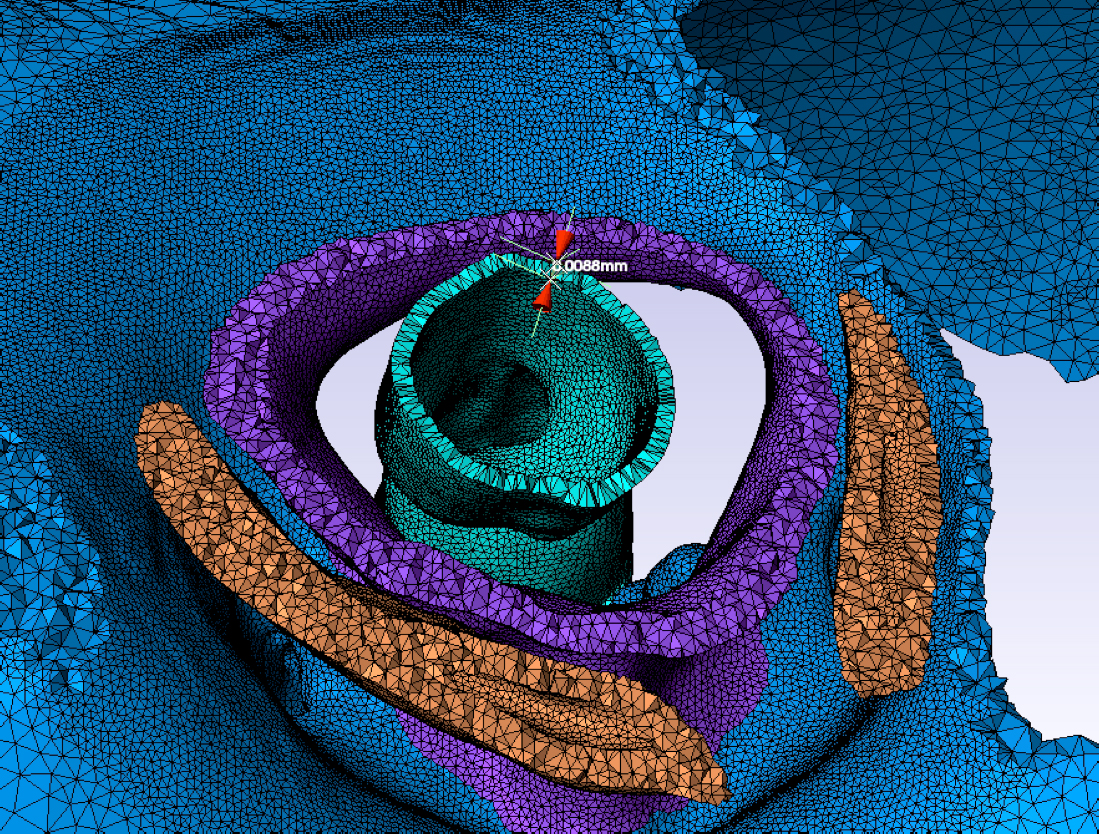 system will contribute to the understanding of the design paradigms for optimized exoskeleton mechanisms,” said former Ohio State student Vienny N. Nguyen in her 2012 master’s thesis on this research. Nguyen, now a robotics engineer at Johnson Space Center, earlier worked on the project under the supervision of Blaine Lilly, an associate professor of mechanical and aerospace engineering at Ohio State. Nguyen and Lilly are co-authors with Castro on the journal paper.

“As we look to the future of human-assistive devices and ultra-light robotics,” she said, “the development of 3-dimensional models for visual analysis and loading and kinematic simulation will also serve as tools for evaluating and comparing the functional morphology of multiple species and types of joints.”

The Institute for Materials Research (IMR) is the gateway to materials-allied research at The Ohio State University. IMR is a campus-wide, multidisciplinary institute that works with OSU colleges and departments to augment and synergistically advance their goals. IMR facilitates, promotes and coordinates research activities and infrastructure related to the science and engineering of materials throughout The Ohio State University. For more, visit: imr.osu.edu.