Researchers at The Ohio State University are evaluating a two-stage process in which a pellet of fusion fuel is first crushed by lasers on all sides, shrinking the pellet to dozens of times its original size, followed by an ultra-intense burst of laser light to ignite a chain reaction. This two-stage approach is called Fast Ignition, and there are a few variants on the theme.

In a recent paper, the Ohio State research group considered the long-discussed possibility of using a hollow cone to maintain a channel for the ultra-intense “ignitor pulse” to focus laser energy on the compressed pellet core. Drawing on both experimental re 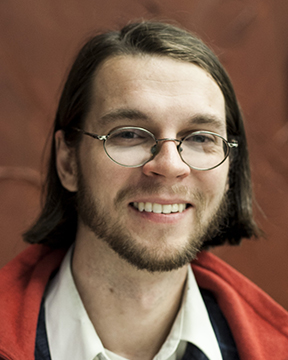 sults from studies at the Titan Laser at Lawrence Livermore National Laboratory in California, and massively-parallel computer simulations of the laser-target interaction performed at the Ohio Supercomputer Center (OSC) in Columbus, Ohio, the research team found compelling evidence that the cone-guided approach to Fast Ignition has a serious flaw.

“In the history of fusion research, two-steps-forward and one-step-back stories are a common theme,” said Chris Orban, Ph.D., a researcher of the High Energy Density Physics research group at Ohio State and the lead theorist on the project. “But sometimes progress is about seeing what’s not going to work, just as much as it is looking forward to the next big idea.”

Since the ultra-intense pulse delivers energy to the fuel through relativistic electrons accelerated by the laser interaction, the Ohio State study focused on the coupling of the laser light to electrons and the propagation of those electrons through the cone target. Rather than investigating how the interaction would work on a high-demand, high-cost facility like the National Ignition Facility (NIF), which is also based at Lawrence Livermore National Laboratory and one of the largest scientific operations in the world, the researchers considered experiments just across from NIF at the Titan laser, which is much smaller and easily accessible. 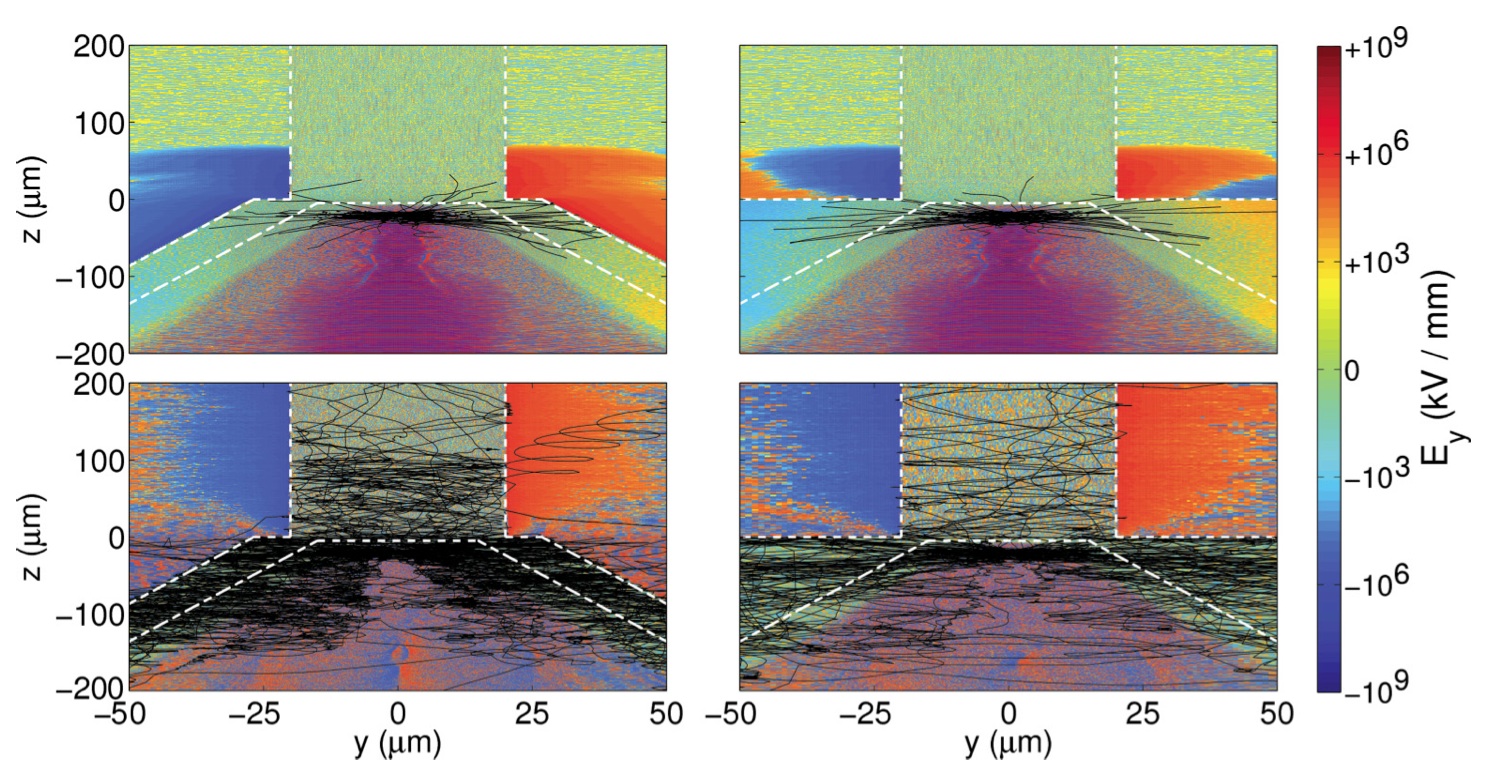 Despite its size and despite having lower total energy, for a brief moment the Titan laser is many thousands of times more intense than NIF, which makes it a decent stand-in as a second-stage ignitor pulse. The OSU-led experimental team focused the Titan pulse on hollow cone targets attached at the tip to copper wires and observed the burst of X-ray photons coming from the copper as a measure of the laser energy to relativistic electron conversion efficiency.

The X-ray signal was much lower from the hollow cones with thicker cone walls. “This was strong evidence to the experimental team that the typical approach to cone-guided Fast Ignition wouldn’t work, since thicker cones should be more realistic than thin cones,” said Orban. “This is because electrons are free to move around in a dense plasma, much like they do in a normal metal, so the thicker cone target is like a thin cone embedded in a dense plasma.”

These intuitions were tested in simulations performed at OSC. Whereas earlier efforts to simulate the laser-target interaction were forced to simplify or shrink the target size in order to make the calculations more feasible, Orban used the LSP code to perform the first-ever, full-scale 2D Particle-In-Cell simulations of the entire laser-target interaction using fully realistic laser fields.

These simulations also included a sophisticated model for the pre-heating of the target from stray laser light ahead of the ultra-intense pulse developed by collaborators at the Flash Center for Computational Science at the University of Chicago.

“We were delighted to help Chris use the FLASH code to provide realistic initial conditions for his Particle-In-Cell simulations,” said Don Lamb, director of the Flash Center. “This is an outstanding example of how two groups can collaborate to achieve a scientific result that neither could have achieved alone.”

“The simulations pointed to the electric fields building up on the edge of the cone as the key to everything,” said Orban. “The thicker the cone is, the further away the cone edge is from the laser, and as a result fewer energetic electrons are deflected forward, which is the crucial issue in making cone-guided Fast Ignition a viable approach.”

With both the experiment and the simulations telling the same story, the evidence is compelling that the cone-guided route to Fast Ignition is an unlikely one. While other studies have come to similar conclusions, the group was the first to identify the plasma surrounding the cone as a severe hindrance. Thankfully, there are still many other ideas for successfully igniting the fusion pellet with current or soon-to-be-constructed laser facilities. Any future efforts to spark fusion reactions with these lasers using a two-stage fast-ignition approach must be mindful to consider the neutralizing effect of the free electrons in the dense plasma.

“We could not have completed this project without the Oakley Cluster,” Orban noted. “It was the perfect combination of speed and RAM and availability for us. And thanks to the profiling I was able to do, the compute time for our production runs went from two weeks in November 2011 to three or four days as of February 2012.”

“Energy and the environment is one of the primary focus areas of the center, and this research fits perfectly into that domain,” said Brian Guilfoos, the client and technology support manager for OSC. “Many of our systems were designed and software packages selected to best support the type of computing required by investigators working in fields related to our focus areas.”

The paper describing the study, “Coupling of high-intensity laser light to fast electrons in cone-guided fast ignition,” was recently published in Physical Review E, a journal of the American Physical Society. An abstract of the paper is available online at: http://pre.aps.org/abstract/PRE/v86/i6/e065402. An animation of the simulation is available online at: http://www.physics.ohio-state.edu/~orban/cone_wire_final5mJ_4_5ps.avi.

The High Energy Density Physics research group in the Department of Physics at The Ohio State University uses a high-intensity short-pulse laser to conduct cutting-edge research in laser-plasma interactions. Although our research has its origins in the field of atomic, molecular and optical physics, the matter and energy regimes in which high energy density conditions exist give rise to a truly unique area of study. This is an exciting field that has many applications to science and industry, from a better understanding of stellar evolution to the development of industrial and medical imaging systems and the eventual realization of practical, commercial fusion power. For more, visit hedp.osu.edu.