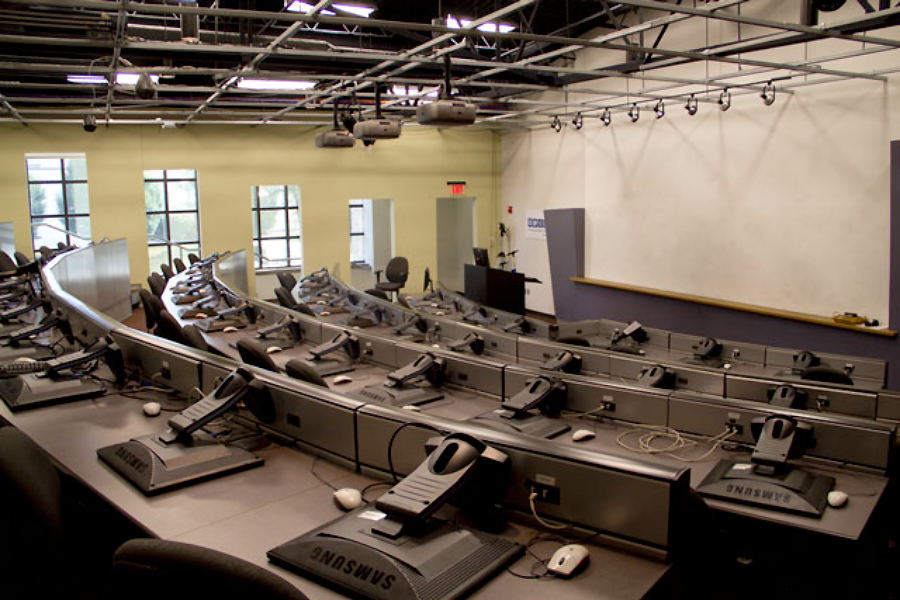 BALE provided an environment for testing and validating the effectiveness of new tools, technologies and systems in a workplace setting, including a theater, conference space and the OSC Interface Lab. BALE Theater featured about 40 computer workstations powered by a visualization cluster. When workstations were not being used in the Theatre, the cluster was used for parallel computation and large scientific data visualization.