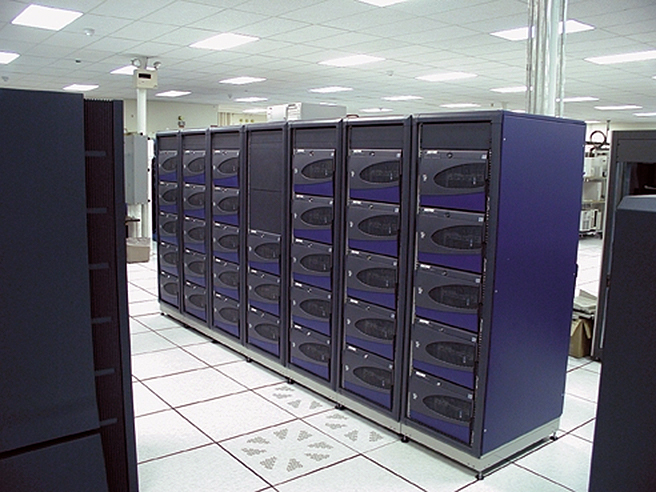 Later in 1999, OSC purchased a cluster of 33 SGI 1400L systems (running Linux). These systems were connected with Myricom's Myrinet high-speed network and used as a “Beowulf cluster on steroids.” This cluster, nicknamed the Brain (after Pinky's smarter half on Animaniacs), was initially assembled and tested in one of SGI's HPC systems labs in Mountain View, Calif., in October. It was then shipped to Portland, Ore., where it was featured and demoed prominently in SGI's booth at the Supercomputing '99 conference. After SC99, the cluster was dismantled and shipped to OSC’s offices, where it was permanently installed.