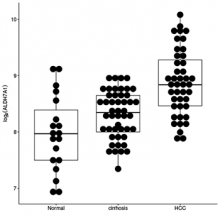 Science can be expressed in a myriad of different ways, but in the end, it all comes down to data, and methods are needed to appropriately interpret this data.

Ask any parent worldwide what the most important thing in life is, and the answer will likely be his or her children. Allocations of public funds for families with children vary wildly from country to country, and besides affecting a family’s bottom line these programs could affect a child’s development as well.

Spire Global is one of the world's largest spaceto-cloud analytics companies, providing global weather-forecasting services for the maritime and aviation industries as their satellites travel around Earth. 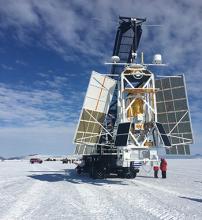 The field of ultra-high energy (UHE) cosmic neutrino experiments has entered an exciting phase, according to Amy Connolly, Ph.D., a physics professor at The Ohio State University. Scientists there have accumulated enough data to reach a mature understanding of detector designs in the radio environment in Antarctica.

The Ohio State University’s Marymegan Daly and her research partners probed the depths of Monterey Bay to collect samples of the tube-dwelling sea anemone, samples that are allowing the scientists to generate and analyze the transcriptomes of these ancient animals and reveal the diversity of toxins within their venom.

By combining state-of-the-art computational methods with theoretical considerations, a research group led by Maryam Ghazisaeidi at The Ohio State University is studying the connection between microscopic physical phenomena and macroscopic mechanical behavior of engineering materials.

Sports enthusiasts know when a player is sidelined holding their knee, that “ACL” are the season-ending letters no one wants to hear. According to the American Academy of Orthopedic Surgeons, there are over 127,000 anterior cruciate ligament tears in the United States each year. 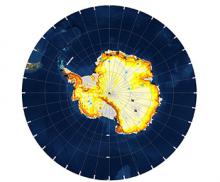 Until 2018, scientists could find better terrain maps of Mars than they had of Antarctica.

Now, with software engineering, code optimization and parallel software development assistance from the Ohio Supercomputer Center (OSC), they have “the highest-resolution terrain map by far of any continent,” according to Ian Howat, Ph.D.

Richard Hughes, Ph.D., has an impressive resume in the world of physics: He was a leading member of the team that discovered top quark, contributed to the search for dark matter in the Milky Way halo, was an integral part of the discovery and study of the Higgs Boson at the Large Hadron Collider—oh, and has founded his own company and is also a professor of physics at The Ohio State University. 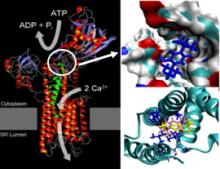 The cornerstone of an effective therapeutic drug development program is a rock-solid computational protocol that accurately and efficiently illustrates how molecules interact within the medicine and inside the human body. That information can be used to help fight and cure disease. 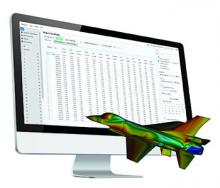 In the auto racing world, if you blink, you fall behind.

In the emerging field of optogenetics, scientists are working to develop light-responsive proteins (photoreceptors) that will allow them to observe the nerve impulses in the brain or to control specific cellular features, such as metabolic pathways, gene expression and ion channels.

Researchers and clinicians at The Ohio State University’s Wexner Medical Center rely upon the staff members of the Biomedical Informatics Shared Resource (BISR) to address their high-throughput, high-dimensional biological data-analysis needs, such as for next-generation sequencing research. 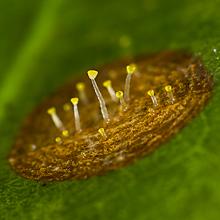 Jason Slot, associate professor of fungal evolutionary genomics at The Ohio State University, is performing research to ensure the longevity of one of the world’s favorite crops: coffee. Specifically, Slot’s group studies the genomics of fungi that live in coffee plants to understand their function and relationship within the plant and to better understand the plant’s microbiome in general.

Matthew Sullivan, Ph.D., and the Ohio Supercomputer Center (OSC) have teamed up to give scientists insight into how to better study viruses found in a variety of communities. This information could prove invaluable to understanding everything from what’s going on inside our bodies to how we might combat climate change. 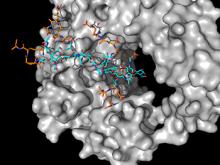 Antibiotic resistance causes 23,000 deaths and two million infections each year in the United States, according to the Centers for Disease Control and Prevention. Across the globe, antibiotic resistance is growing, and it is a threat to everything from food production to healthcare to saved lives.

“The origins or causes of diseases determine how they manifest illness and what we can do about them,” explained Matthew T. Weirauch, Ph.D., an associate professor in the Center for Autoimmune Genomics and Etiology at Cincinnati Children’s Hospital and the pediatrics department at the University of Cincinnati College of Medicine.

With the increased information-age use of voice interfaces and chatbots, Natural Language Processing (NLP) is becoming one of the world’s most significant technologies, drawing from aspects of computer science, artificial intelligence and linguistics.