With the passage of the state operating-budget bill in 1987, the Ohio Supercomputer Center was established “as a statewide resource available to Ohio research universities both public and private. It is also intended that the center be made accessible to private industry as appropriate.”

Over 96 percent of the water on Earth is undrinkable and unusable for most human purposes. While removing salt from ocean water is possible, desalinated water costs up to ten times more than typical groundwater. 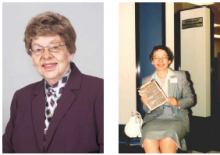 Janet Del Bene, Ph.D., has dedicated five decades to research in theoretical chemistry. And she’s done it with, and without, the help of the Ohio Supercomputer Center. Of course, the only time she didn’t use the Center’s high performance computing capabilities was when they didn’t exist. 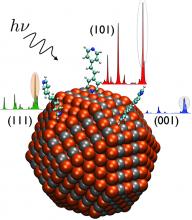 From solar cells to electronic tools, new devices are created every day by combining two or more different materials to create a heterogenous interface. Those interfaces play a major role in how those devices function.

In his classroom, Andrew Paluch, Ph.D., is not only teaching classical theories but is also training new generation of supercomputer-savvy scientists.

Hines revolutionizes drug discovery with RNA in the spotlight

The rise of antibiotic resistance among common infectious bacteria is a worrisome health threat that has many scientists looking for a solution. Jennifer Hines, Ph.D., professor of chemistry and biochemistry at Ohio University, is one of the few looking to ribonucleic acid (RNA) structures for new drug discovery.

In the Department of Genetics at Case Western Reserve University, Thomas LaFramboise, Ph.D., and his research team are discovering which genetic mutations determine a person’s susceptibility to developing leukemia.

For patients facing chronic lung disease, the third leading cause of death in the U.S., the ultimate end-stage treatment is a lung transplant. Unfortunately, the survival rate for lung transplant patients is lower than that of other organ transplants due to infections and tissue rejection.

Tricuspid valve surgery is a common heart valve procedure in the United States, but it is one with poor long-term outcomes. In fact, studies show that up to 45 percent of those who receive tricuspid valve surgery suffer a recurrence of problems, in some cases as early seven years after surgery. In one-third of the cases, a second operation is required.

Central State University’s Subramania Srithrahan, Ph.D., is fine-tuning a product that could result in clean renewable energy, new jobs and better boating and swimming safety on the nation’s rivers.

With the rise of energy storage applications for such things as rechargeable Lithium ion batteries and solar cells, graphene and graphene-based nanocomposites have attracted a lot of interest.

For most energy applications, heat is a byproduct of a reaction, cast off as unusable energy. But as the world moves toward energy efficiency, scientists are looking at ways to effectively channel heat possibly back into electricity, so less energy is wasted.

More than 140 years ago, when the first four-stroke cycle, internal combustion engine was invented, it became the prototype for the modern automobile powertrains. As long as those engines have existed, however, “knock” has been a limiting factor to the performance of engines.

With the help of the Ohio Supercomputer Center, Ahmet Selamet, Ph.D., is tackling that problem head on.

Going back to the 1990s, a significant amount of research has been dedicated to the rates of deforestation in the Amazon and what this could mean for climate change throughout the world. Additional studies have focused on climate change impacts to Andean mountain glaciers that lie downwind of the Amazon. 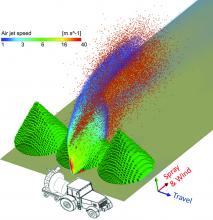 The agricultural industry strives to maintain a balance between keeping up with consumer demand and maintaining a safe, clean and sustainable environment – for humans and animals.  Linying Zhao, Ph.D, and her research group at The Ohio State University, conduct research to find solutions that help the industry strike this balance. 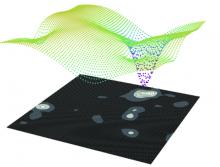 Understanding particle physics gives us answers to the fundamentals of science. To better understand particle physics, Tom Giblin, Ph.D., looks to cosmology, the study of the evolution of the early universe.

While most of us try to distance ourselves from biting, blood-sucking creatures, Josh Benoit, Ph.D. and his research group at the University of Cincinnati spend their days getting to know them very well – down to the genes and genomics. The idea is the more we understand ticks and other blood feeding arthropods, the better we can avoid and eliminate them.

In 2017, OSC, in partnership with Scientel IT Corp, displayed the power of the Owens Cluster by running the single-largest scale calculation in its history. 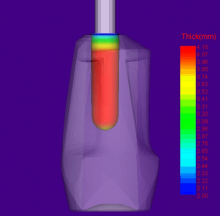 “Innovation” is not merely a buzzword thrown around at Procter & Gamble. It’s at the heart of everything the Ohio-based multinational consumer goods company does, and high performance computational modeling and simulation is a major enabler.

When Richard Hughes, Ph.D. set off to found his own data analytics company, The Ohio State University physics professor stuck with what he knew: proprietary algorithms, machine learning and use of the Ohio Supercomputer Center’s high performance computational resources. 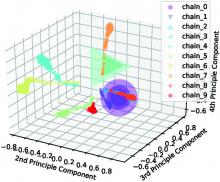 How many languages can you name? Ten? Twenty? More?

It is estimated there are more than 7,000 languages worldwide. For those involved in disaster relief efforts, that breadth and variety can be overwhelming, especially when addressing areas with low resources.

In 2017, 44.2 million Americans held student loan debt, totaling more than $1.4 trillion, according to the U.S. Federal Reserve. With the cost of tuition rising at most higher education institutions and enrollment increasing, these numbers are expected to keep climbing.

The lifeblood of manufacturing development hinges on increasing production, lowering costs and deftly overcoming any engineering problems that may arise. The backbone of any industrial facility is the mechanisms by which products are produced.

Statewide Users Group conferences in October of 2016 and April of 2017 brought OSC representatives face-to-face with clients and the research being done on their supercomputer clusters.

OSC employs subject-matter experts to assist with individual client requests. For any issues that arise, OSC’s 24/7 support desk is available to respond to client inquiries at any hour of any day. Level 2 and 3 support is available during normal business hours.

More than 200 clients attended OSC training sessions this past year, most at their home institution. OSC training and education experts visit campuses all around the state to provide personalized instruction, facilitate classroom projects, train students on the basics of supercomputing, and demonstrate OSC’s broad service offerings. 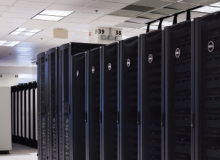 In March 2017, OSC unveiled the most powerful system in the history of the Center, the Dell/Intel Xeon Owens Cluster. The name pays tribute to renowned Olympic sprinter, beacon for racial equality and youth advocate James C. “Jesse” Owens.