This documentation is to discuss how to run STAR-CCM+ to STAR-CCM+ Coupling simulation in batch job at OSC. The following example demonstrates the process of using STAR-CCM+ version 11.02.010 on Owens. Depending on the version of STAR-CCM+ and cluster you work on, there mighe be some differences from the example. Feel free to contact OSC Help if you have any questions.

See the picture below: 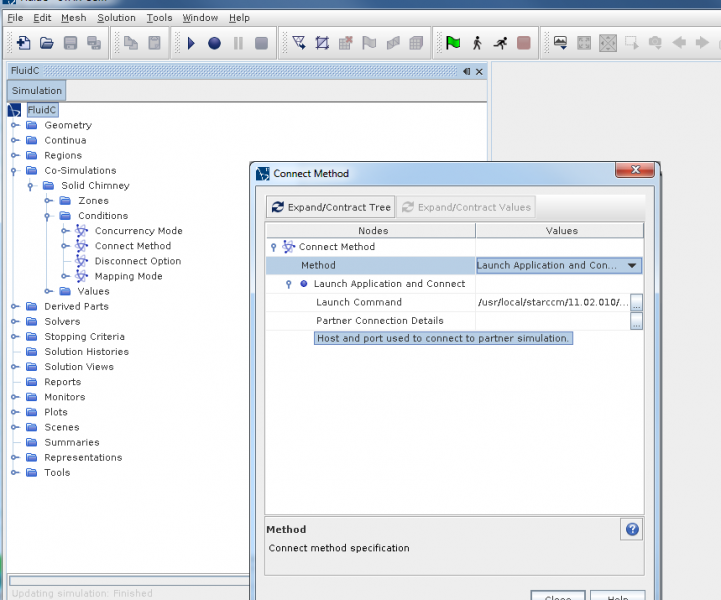 In the job script, use the following command to run the co-simulation:

Once the job is completed, the output results of the leading simulation will be returned, while the lagging simulation runs on the background server and the final results won't be saved.